The REINFORCE project will be hosting its fifth REINFORCE webinar titled “Identifying undiscovered particles at the Large Hadron Collider” on the 7th of July at 3PM CEST.

The discovery of the Higgs boson, in July 2012, by ATLAS and CMS, the two large experiments operating at the Large Hadron Collider (LHC) of CERN has been a major scientific achievement of thousands of highly specialized researchers who over decades designed, constructed and operated huge detectors and a dedicated accelerator. The question which remains to be answered is whether this is the only Higgs boson or if it is the first of a more complex Higgs sector, predicted by theories Beyond the Standard Model (BSM). The LHC experiments have recently made available part of their data on the CERN Open Data Portal for public use. Therefore, citizens are now able to support scientists in the quest of the Large Hadron Collider for the discovery of the ultimate structure of matter as well as particle theories beyond the Standard Model, looking for evidence of undiscovered particles.

During this webinar, participants will learn how their input can be fundamental to select traces of particles in the LHC detectors and calculate kinematic quantities, how the images of LHC collisions recorded by the ATLAS experiment look like, and how REINFORCE demonstrator about Search For New Particles At The LHC will be developed.

Please find any additional information, such as the agenda, the speakers’ list and the main takeaways here. 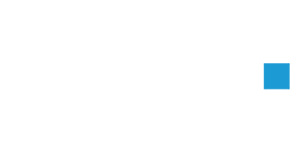 This project is funded by ESA